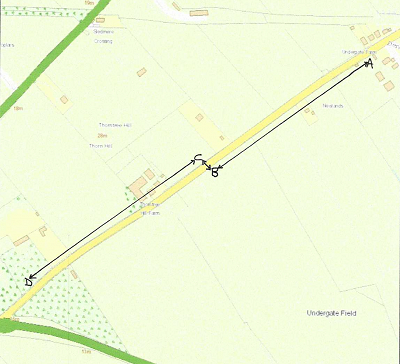 At the Parish Council meeting held on Monday 8 March 2021 the following motion was unanimously passed:

The Parish Council requests that the City of York Council progress with reducing the speed limit from 60 mph to 40 mph along the whole section of York Road from the A1079 to the 30 mph section at the entry to the village. This will remove the anomaly of having an unrestricted section of highway between the A1079 and the village boundary.

The introduction of a 40 mph speed reduction will allow a range of other measures to be undertaken for the benefit and improved safety of both pedestrians and cyclists as recently discussed extensively with City of York Council officers and various interested parties.

When the Creation Order has been approved and the speed limit reduced then an off road path can be constructed as discussed with officers using a combination of Ward and Parish Council funding. The creation of an off road path will complete a missing link which, when constructed, will allow a much safer access to and from Stamford Bridge to York and beyond.

Following a number of site visits to York Road in recent months by various interested parties including Dunnington Parish Councillors, Dunnington Residents, City of York Council Officers, York Cycle Campaign members, Professor Anthony May and Councillor Warters to look at an off road path provision and safer cycling on York Road the following sequence of works is suggested:

This proposal also has the support of the following people: